HISTORY
On 29th June 2007 Fimalac announced that it had agreed terms with Canary Wharf Group to acquire the building for £290m, for occupation by Fitch Ratings Limited, which it jointly owns with Hearst Corporation.

Construction of the above ground building works commenced early in 2007. Practical completion of the building to shell and core was achieved in September 2009.

The fit out of the Fitch Ratings space by Overbury plc commenced in March 2010 and was completed in October 2010.

Algorithmics, which was acquired by IBM in October 2011, fitted out the fifth floor for their new European headquarters and took occupation in February 2011. The Algorithmics fit out was designed by MCM and AECOM and also carried out by Overbury plc.

All the remaining space including 205,000 sq ft of offices has been let to KPMG who completed their fit out in October 2015.

Central Property Estates Limited was appointed in June 2007 as Client Representative acting on behalf of the relevant Fimalac companies in relation to the construction of the building, its fit out for Fitch Ratings, their subsequent move in to the building and the letting of the surplus space.

The team employed by Canary Wharf Group, led by Kohn Pederson Fox, was already in place prior to announcement of the transaction.

Fimalac were advised on the acquisition by King Sturge who also acted as Project Monitors on the base build construction. King Sturge were the Project Managers for the Fitch Ratings fit out.

Jones Lang LaSalle acted for Fimalac on the KPMG letting.

AIR CONDITIONED OFFICES ABOVE A RETAIL PROMENADE, WITH ANCILLARY SERVICE AND STORAGE AREAS. 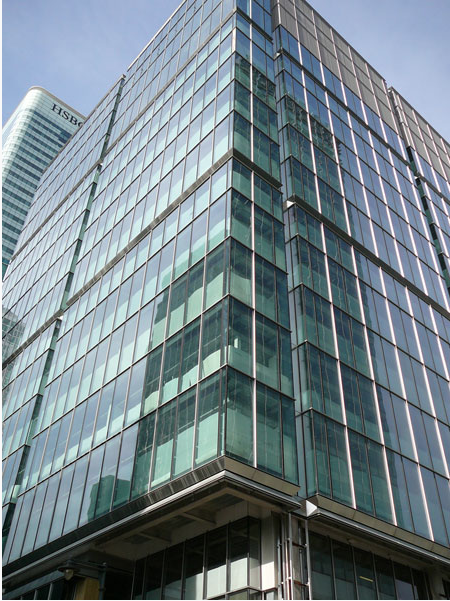