SUMMARY
St Bride’s House was a 1980’s building which was comprehensively refurbished and extended to a specification agreed with the incoming tenant who had taken a pre-let with very tight timescales for occupation.

This early 1980s office building was formerly occupied by Reuters as part of their Fleet Street headquarters.
The VAV air conditioning and other services were at the end of their useful life so Central Property Estates devised a scheme to strip out the building completely and provide it with all new services including a new four pipe air conditioning system and four new lifts.

All the existing ceilings, lights, raised floors and toilets were removed and replaced. An increase in the net internal area was to be achieved by rationalising and relocating some plant space.

The wine bar located under St Bride’s Passage, the adjacent courtyard, was to be used as temporary space for the contractor during the refurbishment and to be let at completion of the office refurbishment.

The refurbishment objective was to lift the building in to the category of new or refurbished space thus providing greater letting certainty and an enhanced capital value.

Central Property Estates selected a team of consultants able to deal with a fast track refurbishment and dealt with their appointments.

Immediately after the building was acquired a tenant was identified for the majority of the building and the planned refurbishment was presented to the tenant and its advisers.

Terms were agreed with Horwath Clark Whitehill, a mid size firm of accountants, and Central Property Estates handled the negotiation of an Agreement for Lease which was completed on 5th May. Horwath Clark Whitehill undertook to take 31,000 sq ft of space provided four floors could be completed and fitted out by 27th August 2004, the balance following on 27th September.

It was agreed that, to meet this exceptionally tight timescale of four months to the 27th August, the Horwath Clark Whitehill fit out would have to be incorporated in the main building contract which had been placed with Overbury plc on 29th March as there was insufficient time to run the refurbishment and fit out sequentially. This increased the size of the Overbury contract by some 40%.

The project was managed intensively with weekly meetings on site to provide a cycle of meetings with the contractor, the tenant, the tenant’s team and the development team. A number of planning consents were required and the Corporation of London were able to provide the consents within the required timescale.

The project was completed on time, the wine bar was let immediately after completion of the refurbishment and Horwath Clark Whitehill operated from St Bride’s House from Monday 20th September 2004.

This represented a very considerable achievement by the contractor and the team of consultants, the whole process from acquisition to completion having taken only seven months. 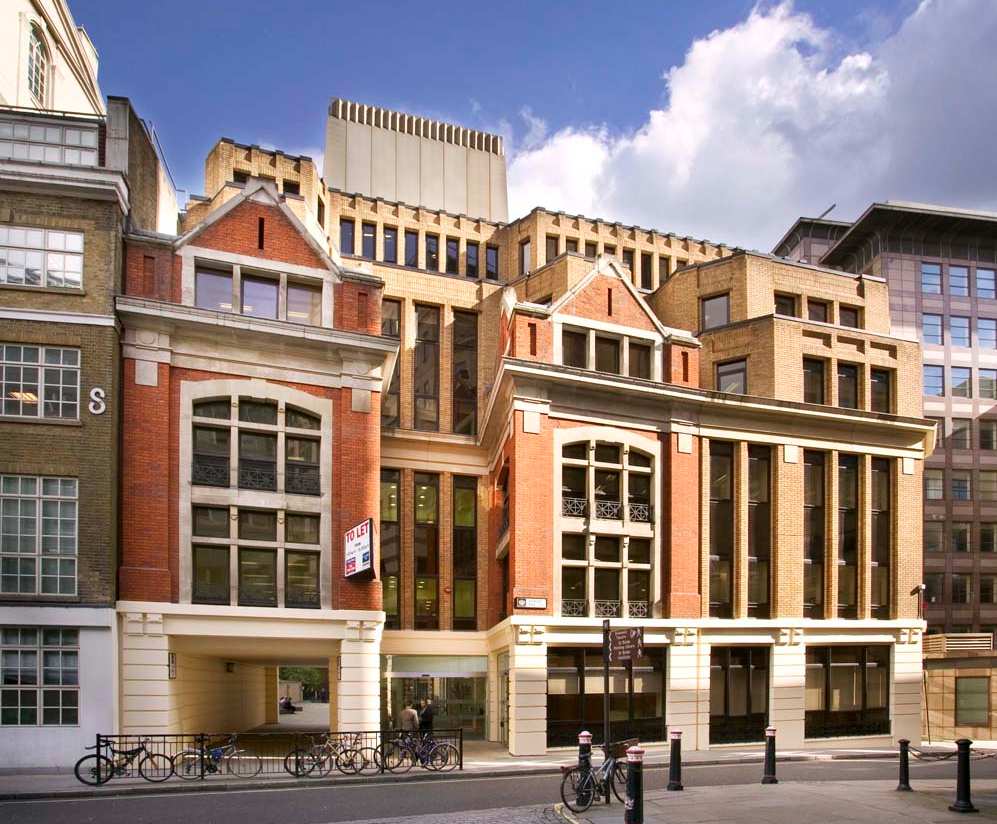