SUMMARY
85 Fleet Street consisted of 97,000 sq ft of Grade II listed office space. We advised our clients UBS south East Recovery Partnership on the planning and development of an extension and reconfiguration of the office space and creation of new retail and restaurant space fronting Fleet Street.

The building was occupied by Reuters as their UK Head Office before they left the building on 9th September 2005 to move to their new offices in Canary Wharf.

This Grade II 97,000 sq ft office building was designed by Sir Edwin Lutyens and constructed in 1935. A consultant team was selected and appointed and a brief devised to optimise the uses within the building and give this landmark structure a long life to increase its investment value.

A scheme was prepared to strip out and refurbish the building to provide Grade A office space witha stunning new double height entrance foyer. In addition the opportunity was taken to provide extensive restaurant/retail space at ground and lower ground levels. The scheme includes the complete renewal of all services and the installation of a new 4 pipe fan coil air conditioning system with sophisticated controls to aid compliance with the new energy standards. The proposals were discussed in detail with the planning authority.

The planning application made on 1st June 2005 was supported by an extensive range of documentation including design, planning, traffic and historic building reports. This detailed approach resulted in planning consent being obtained on 31st July 2005.

The contract works were divided in to three phases. Phase 1 commencing on 22nd August provided an independent source of heating for the adjoining Grade 1 listed St Bride’s Church and a separation of the old services. Phase 2 commenced on 10th October and comprised a full strip out of the existing services so that an empty shell was created by 9th January 2006 and the start of the Phase 3 main construction contract exactly on programme. Practical completion was achieved on 19th February 2007.

Trident Building Consultancy were appointed in mid October 2005 to project manage the scheme to completion. 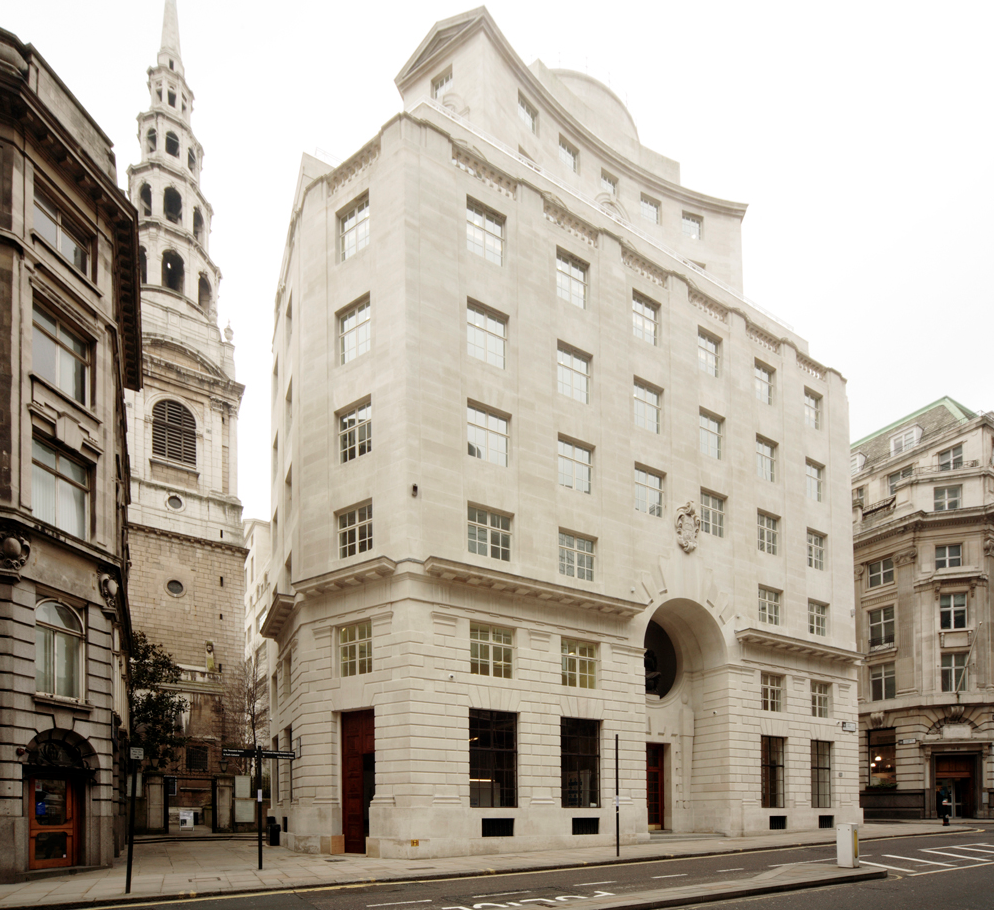