Savills Fund Management, acting as the discretionary fund managers for the property portfolio of Diageo Pension Scheme, appointed Central Property Estates to act as its development adviser and project manager for the construction of a completely new office building in Chineham, Basingstoke.

One of these, now known as The Manor House, was designed by Sir Edwin Lutyens in 1903 for Mr Walter Hoare when it was named Daneshill. It is Listed Grade II. At one time it was used as a school and it is believed it was attended by both the Duchess of York and Liz Hurley.

The campus contained an unused and overgrown steeply sloping section of land. Scott Brownrigg instructed by Savills Fund Management, secured a planning permission for Diageo Pension Scheme to construct an office building of 45,000 sq ft net on this dramatic site.

Central Property Estates was appointed to put this scheme into effect after advising what changes should be made to ensure that the end product would be the best that could be produced for the Basingstoke office market.

The building structure was changed from concrete frame to steel frame to enable the building to be column free, the net floor area was increased to 48,350 sq ft net, the M and E system was enhanced to provide greater control of energy use and the toilets were redesigned to provide more flexible use with more luxurious fittings. The space was designed around a central atrium with the external facade presenting a flush internal elevation, the structure and fire escapes being external to the building.

The combination of Scott Brownrigg’s stunning 21st century design and these changes resulted in a BREEAM “Very Good Rating”. The building was short listed in 2002 by the Investment Agents Society as one of the six best office buildings on an office park.

Throughout the project Central Property Estates was responsible for negotiating all the team appointments, building contract documentation and for managing the financial appraisals, cashflow and authorisation of expenditure. 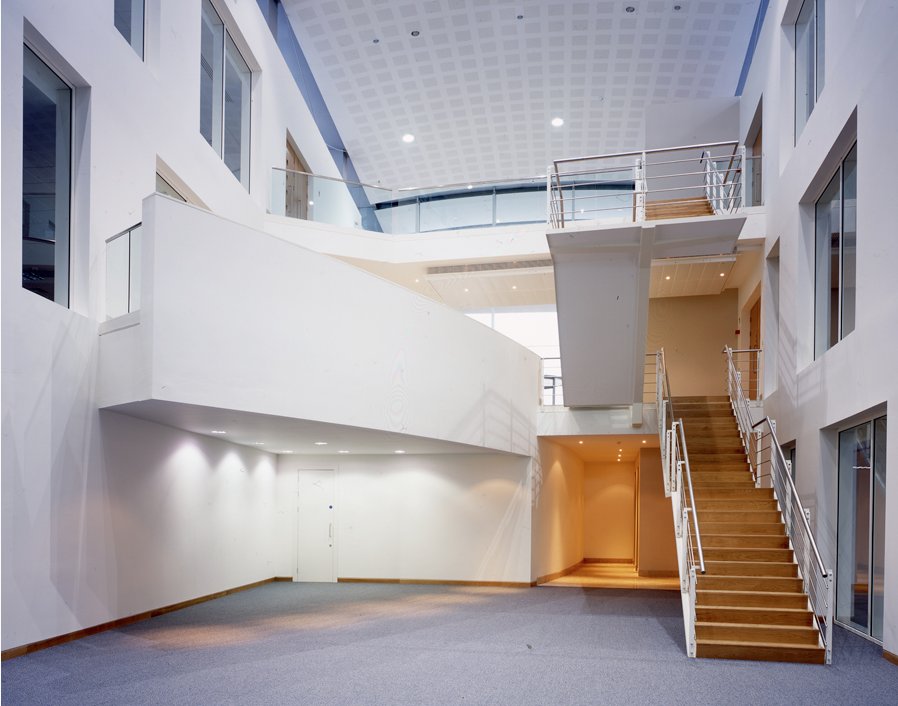